In ancient Chinese society, the Fengjian social structure of circa 1046-256 BCE gave rise to Confucian or Legalist scholars’ classification of the Chinese people into four broad categories. From highest to lowest social strata, the categories were: the Shi, or Gentry scholars; the Nong, or peasant farmers; the gong, artisans and craftsmen; and the Shang, merchants and traders. 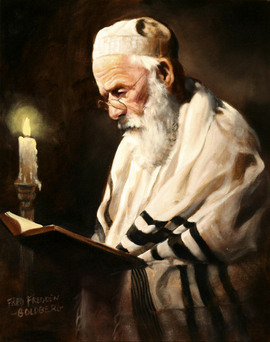 Defining the Shi as Gentry scholars is not wholly accurate. The early Shi came from the ancient warrior caste, but the make-up of the Shi gradually evolved until it was mostly made of aristocratic scholars who studied in order to occupy positions of rank, and then further into a bureaucratic scholarly elite where noble lineage was de-emphasized. Scholars – even those who owned land – were never very rich, but they were respected because of their knowledge. Access to information was very limited in ancient times, and so scholarly pursuits were very challenging. 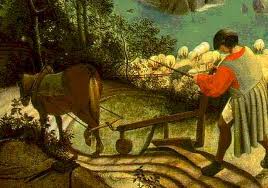 Peasant farmers were second only to Gentry scholars in ancient China. Farmers were landholders like gentry scholars, and agriculture long played a key role in the rise of Chinese civilization. Not only did the farmers produce the food to sustain the society, they paid land tax, which was a source of state revenue for the ruling dynasties. Farmers were therefore valuable members of society even though they weren’t shi. However, shi families were still landholders who also produced crops and food themselves. 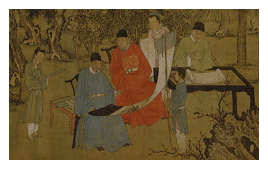 The Gong were those who had skills to make useful objects. This was the class identified by the Chinese character that stands for “labour.” They were like farmers in that they produced essential objects, but most of them did not have land of their own and so did not generate the revenue. However, they commanded more respect than merchants because the skills they had were handed down from father to son. Artisans could be government employed or self employed, and those that were most successful could become wealthy enough to hire apprentices or labourers that they could manage. Besides creating their own enterprises, the artisans also formed their own guilds. 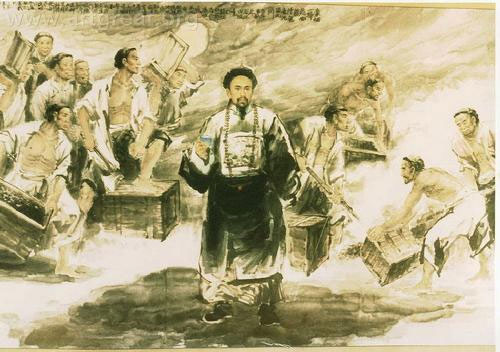 There was not a lot of respect for merchants and traders in ancient Chinese society. Though they could achieve significant wealth, they were held in low esteem because they did not produce anything, but rather transported and traded goods made by others. Sometimes merchants bought land in order to be considered farmers and therefore command more respect in society. Some would buy a good education for their descendants so that they could attain the status of scholars. Though traders, merchants, and peddlers were viewed as essential members of society, they were lowest on the four rungs of the ladder of ancient Chinese social hierarchy, due to popular perception of these people as greedy and immoral.